Ancient Rome grew from a small city, to a republic, to a vast empire over hundreds of years. Expanding into Western Europe, North Africa, and beyond, Rome was defined by a strong military culture and a readiness to incorporate conquered peoples into their society. Veteran soldiers of these conflicts were often rewarded with captured land, taking over many Etruscan spaces in Italy. Cetamura became Roman in the 1st century BCE, around the time Rome suffered civil wars and transitioned from a Republic to an Empire. After the new Emperor Augustus defeated his rivals, Antony and Cleopatra, at the Battle of Actium in 31 BCE, the hill of Cetamura was given to a Roman soldier to settle.

Life at Cetamura experienced changes with the new Roman settlers, but numerous features appear to stay the same. They constructed new buildings, including a bath complex, but kept using some Etruscan spaces, like the iron-forges. Roman Cetamura thrived in manufacturing, continuing wine and craft production, and introduced their own approach to materials like ceramics. Roman loom-weights show the enduring importance of weaving and domestic activities of women. The Romans brought their own version of the gods to Cetamura, to whom they gave offerings like the bronze bull in this collection. Objects like game pieces give an idea of entertainment in free time, but even these could be re-used as gifts for the gods. While there appears to be a blending of cultures, Cetamura became distinctly Roman in a way that affected the make-up of the community and their experiences within it.

Learn with
Lucius and Fulvia!

Fulvia can show you how to measure things with a Roman foot, and Lucius will teach you how to make dice. 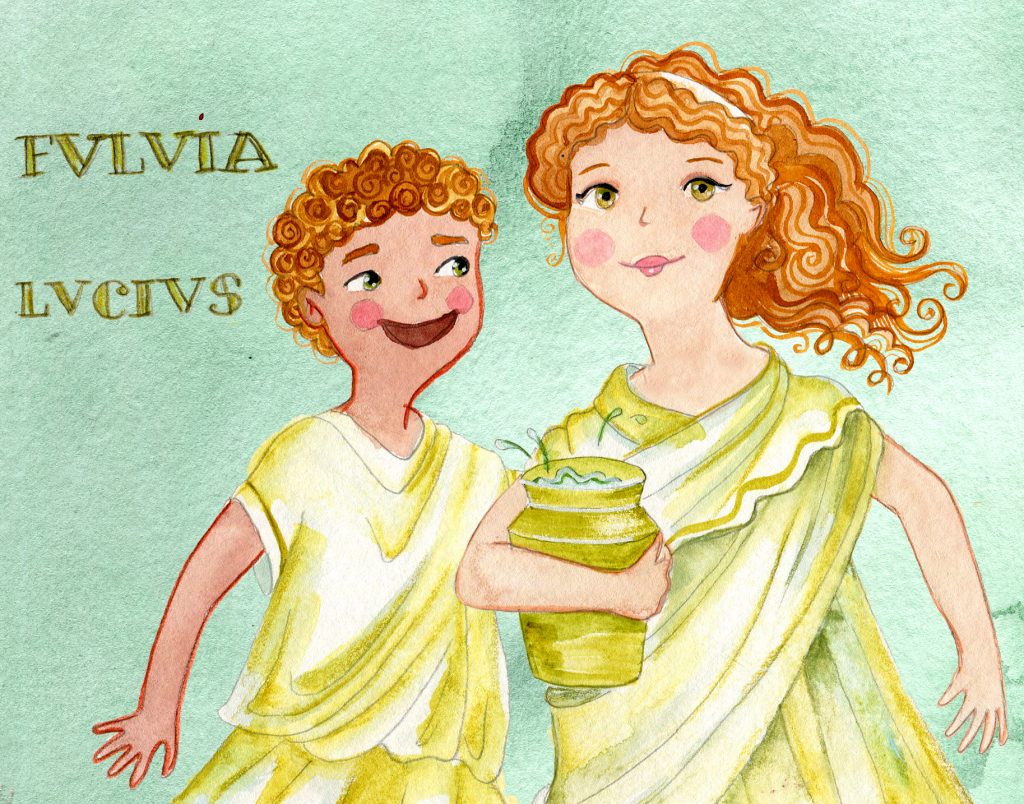