The Etruscans occupied the hilltops of Central Italy before Roman times. Emerging out of small, iron-age groups, Etruria experienced an increase in wealth, urbanization, and influence in the 7th century BCE. After centuries in power, Etruscan dominance declined as Rome expanded. By the 1st century BCE, Rome had overpowered its Etruscan neighbors. While known in antiquity as expert metal workers, religious diviners, and traders, Etruscans have left us few surviving text, so that in literature we have mainly the outsider view of the Greeks and Romans.

Cetamura del Chianti was home to waves of Etruscan communities for hundreds of years. The site remained relatively small and inhabited by the working class. Despite interacting with the larger Mediterranean world, Cetamura preserved its Etruscan identity.

The wide range of materials discovered at Cetamura chosen for this exhibition can help show us Etruscan identity and daily life at the site. Locally made products tell of artisans laboring in a ceramics workshops  and an iron forge. Storage jars that held foods including grain, chickpeas, apples, olives and grapes, provide an idea of diet. Some of these grapes would be made into wine. Stored in a vessel like the bronze situla, wine would be filtered with a metal strainer before drinking, and often enjoyed in the context of feasting. Etruscan women participated openly in social gatherings, enjoying a level of agency not seen elsewhere. Women’s activities are also indicated by ceramic spindle whorls and loom weights, illustrating the importance of spinning and weaving to make textiles. Items like the astragali (“knucklebones”) and black-gloss patera reveal how intertwined ritual practices were with daily activity. These many objects give us a glimpse into the lively daily activities of the Etruscan residents of Cetamura.

Learn with
Ramtha and Lausini!

Check out our kids’ pages and learn to write letters in Etruscan with Lausini,  and make jewelry from a scarab design with Ramtha. 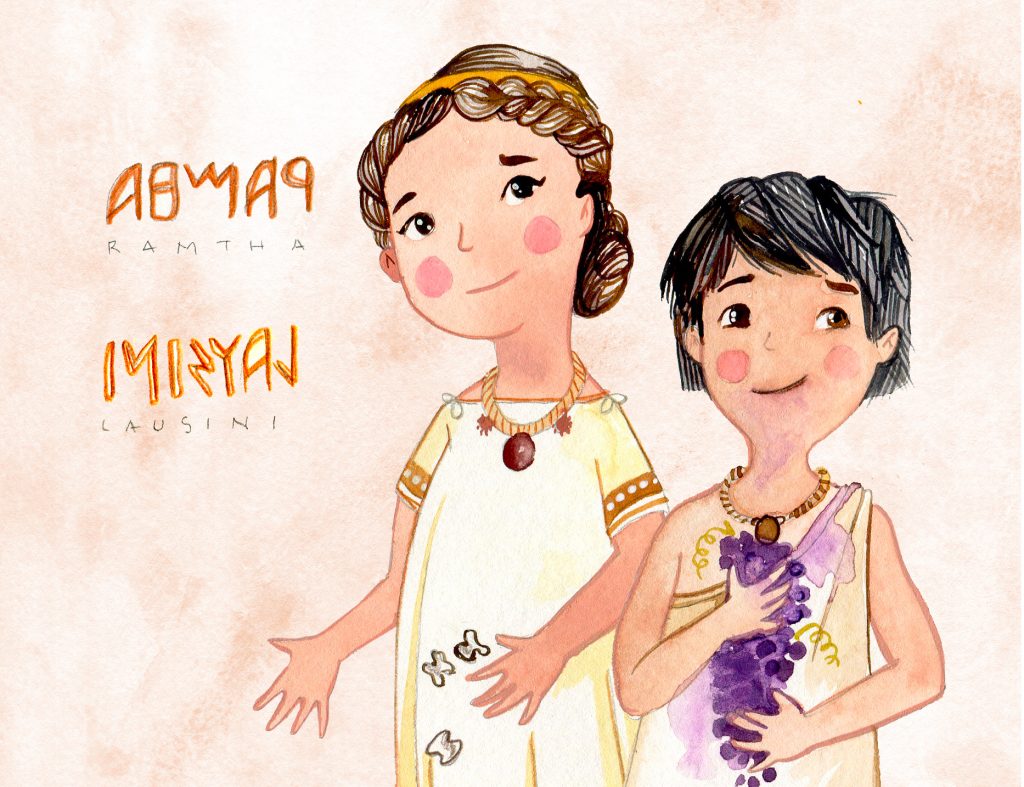