In the Middle Ages, a castle stood on the top of the hill of Cetamura.  The place was named Civitamura and was owned in the 11th and 12th centuries CE mostly by a sequence of private landowners, but portions were also the property of the abbey of Cultusbonus, the present day Badia a Coltibuono. Archival documents from Coltibuono,  along with artifacts and carbon 14 dating indicate that some very thick stone foundation walls discovered on the site were once part of this castle. In the 1170’s the castle seems to have been in the hands of the powerful Firidolfi (Ricasoli) family.

Kitchenwares and spinning equipment attest to the domestic life in the castle, which would have been large enough for a modestly extended family.  Ceramic pans for making a kind of hearth bread show the importance of grain in the diet; numerous animal bones discarded into Well # 1 indicate that there was abundant meat on the table.

The Ricasoli owned other castles in the region, including one called Montegrossoli adjacent to Civitamura. Men from these castles were prone to vandalize the monastery of Coltibuono, causing so much trouble that the abbot of the entire Vallombrosian order sought an injunction in Florence to keep them from coming to the monastery and abusing the monks and other clerics. Around the same time the Firidolfi attacked a mule train carrying grain to Florence,  and it is hypothesized that in retaliation the Florentines tore down the castle of Civitamura. This disaster perhaps explains why only the foundations of the building remain.

Learn with
Imilda and Rodolfo!

Take a look at Imilda’s recipe for focaccia, like a bread her family ate in the Middle Ages, and learn from Rodolfo how to decorate a manuscript with colorful initial letters. 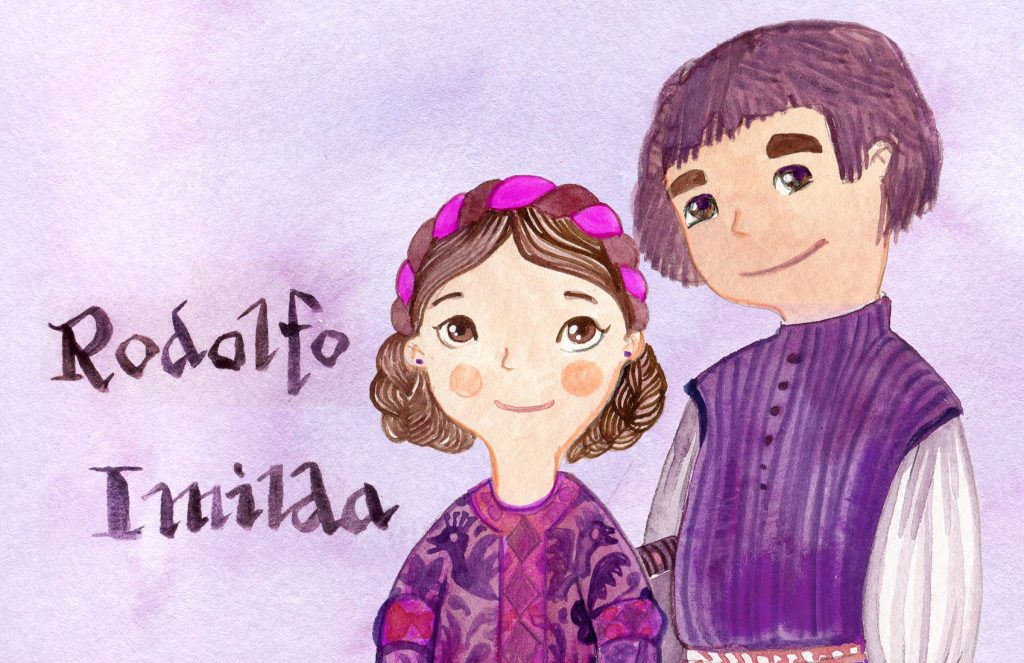